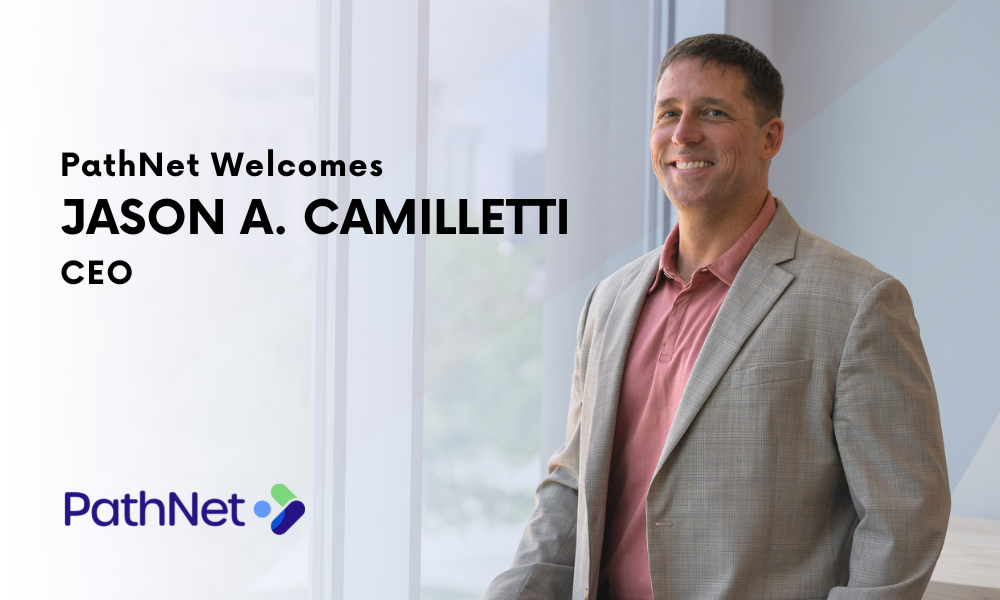 PathNet is pleased to announce Jason A. Camilletti as their new Chief Executive Officer (CEO). Camilletti takes over the role of the company’s founder, Dr. Matthew O. Leavitt.

Dr. Leavitt shared, “I will remain deeply engaged in supporting the company’s growth and success as Chairman of PathNet’s Board of Directors. As Jason takes my seat as CEO, I know PathNet will continue to push boundaries while always putting patients first.”

Camilletti’s previous role was as Commander of the 48th Fighter Wing of the U.S. Air Force, where he managed the largest U.S. fighter jet mission and Air Force Hospital in Europe. From his past 23 years in the Air Force, he has proven himself a valuable leader, always delivering mission results while taking care of the people and their families along the way.

In his first weeks as CEO, Camilletti has met with PathNet employees at various operating locations. He recently met with PathNet leadership on August 16th in Lehi, Utah to bring executives and managers into alignment.

After the discussions, Matt Dowell, PathNet CFO, shared his enthusiasm, “I’m excited for Jason to join our team! He brings world-class leadership to our company which will undoubtedly accelerate our growth and the value proposition we bring to the clients and patients we serve.”

COO Stephanie Evans shares Dowell’s excitement about the transition, “With Jason’s combination of strong, team-focused leadership and a passion to make a difference by driving advancement in healthcare, I can see only positive outcomes for the future of PathNet as an organization and the patients we care for.”

Camilletti, along with the entire PathNet team, continues in their work to provide responsive, patient-centered, leading-edge pathology services to move pathology forward. He said, “All of us have either personally been impacted or know someone that has been impacted by cancer. I look forward to doing my part to ensure that PathNet continues to build and to grow into the premier network for leading edge diagnostic medical services.”

← From New York to Belgium: The Future of Medical Education is Digital